It’s a comfortable sunny day in Hollywood, CA as I step out of my Lyft and on to the star ladened sidewalk of Vine Street just between the also iconic Hollywood Blvd and Sunset Blvd. A few of the most well known streets in all of Los Angeles, and even the world. Songs have been written about this exact area over and over in music, from artists like Waylon Jennings, BB King, and even Taylor Swift have written about these magical intersections. And heck, anyone who has ever lived in Los Angeles has most likely had some memorable moments on Vine, including myself. So, it makes total sense after meeting Victor Heliodor that he would set up shop with Bounty Models in such an energetic and vibrant location. 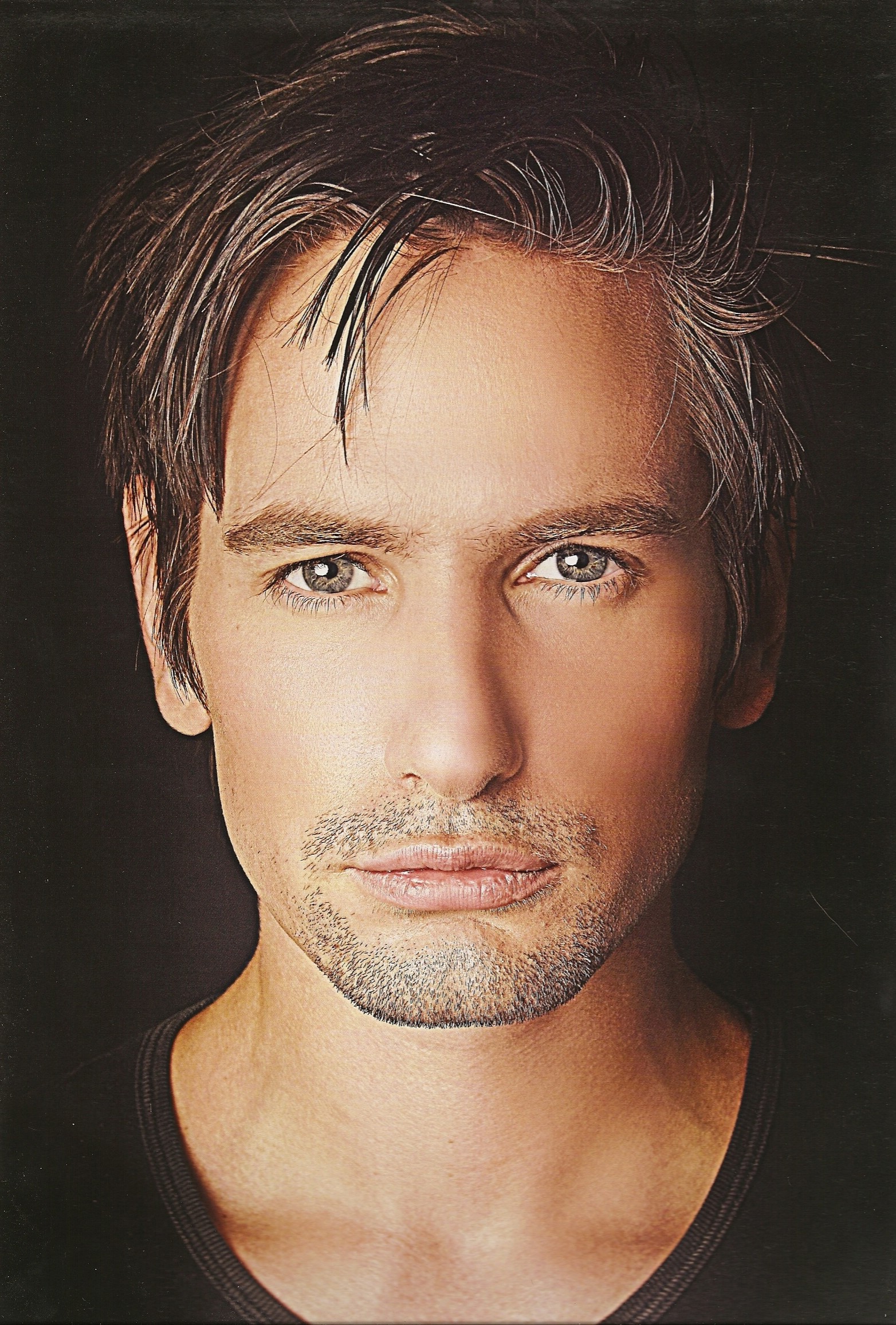 For Victor and Bounty Models, it isn’t so much that they like the location for it’s nightlife or entertainment, although I’m personally convinced “people watching” in Hollywood could be a form of entertainment if you let it be. Rather, it’s central to everything Victor and his team needs. “I live here in walking distance from the agency. The model’s apartment is walking distance from the agency,” states Victor. “Most of our girls don’t drive so for them no one needs parking, and if you want to use public transportation or an Uber it’s not too far because you’re in the middle of everything. And it’s a happening place. I like it a lot.”

On this day I’m joined by our CEO and owner, Ryan Marshall, as we are greeted with a warm welcome and shining smile from Victor as he guides us up to his office that is housed in an exciting new building that shares floors with other hip businesses. This is my first time meeting Victor, and he immediately made us both feel welcomed and at home. Before long, we jump into a few preliminary questions and start to get to know each other.

Originally from Sweden, Victor began modeling in London at the age of 19. Citing that what attracted him the most to the industry was “traveling and meeting people. Meeting people all the time, I would say.” Continuing, “The creative side [too], like editorial work. [Working] with the photographer to get interesting pictures.” Before running an agency, Victor states that “there were many years in between. For over 10 years I was traveling all the time, right? Everywhere in Europe and Asia, Mexico, NY, LA. But, all the time I wanted to come to LA. I really wanted to live in LA. So I was trying to find a way, because the city was interesting to me.”

How did your previous experience as a model lead you to start Bounty Models?

“I came to LA because I wanted to do acting, that is the real reason I wanted to come to LA. So, no matter where I would go for modeling, I always wanted to come here. I came here with an agency (working as a model), and then (gradually) started to scout models for them because I knew a lot of other female models that I met in other countries (through modeling). Then more and more evolved. Then I hired a booker. I brought the agent who was my agent in Korea, and then I brought my brother who was a very good agent who brought in a lot of business. Then we decided we wanted to move on and start our own company and so that is what we did.”

Did Bounty Models start off in Sweden?

“No, maybe it’s because we are Swedish. Two Swedish brothers opening an international agency in LA, but we don’t have a Swedish branch.” 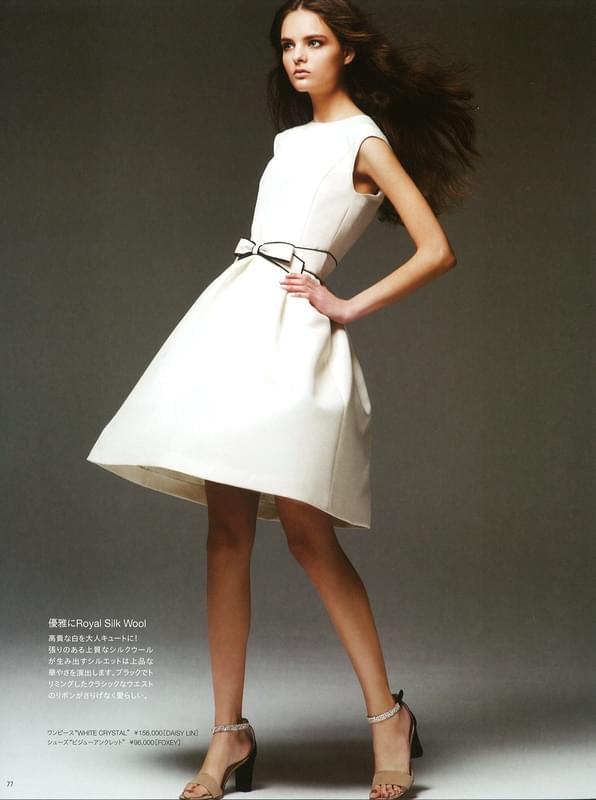 “Mainly international. We are starting to have two American girls in town, and everyone is from somewhere else. We have a model from Africa, Russian models, European, Chinese models. Very international.”

I love that in the “About” section of the Bounty website, it mentions your approach is much more unique than other agencies in LA, in respect to Bounty being more selective and conservative in its approach to taking on new talent. That a model’s Book and previous experience is much more important than any quick “success” they may have had or their rise in Instagram followers.

“Everybody says that they are different, right. But I do believe that we are a little bit different. There is so much focus on social media and all that stuff. Being in LA, everybody thinks they are a model, right. So many people looking for attention in different ways.

We represent real models. I want everyone who comes in here to have a real experience. I mean, you can’t even get a work visa if you’re coming from somewhere else if you haven’t worked. So the girls have to have worked in places like Paris, Milan, Asia…good experiences. Which means that when they come here they know what is expected of them. Like, the clients are very happy when they book someone who’s already been working for many years, and…they can still be very young because they start to work early and already gained all that experience.” 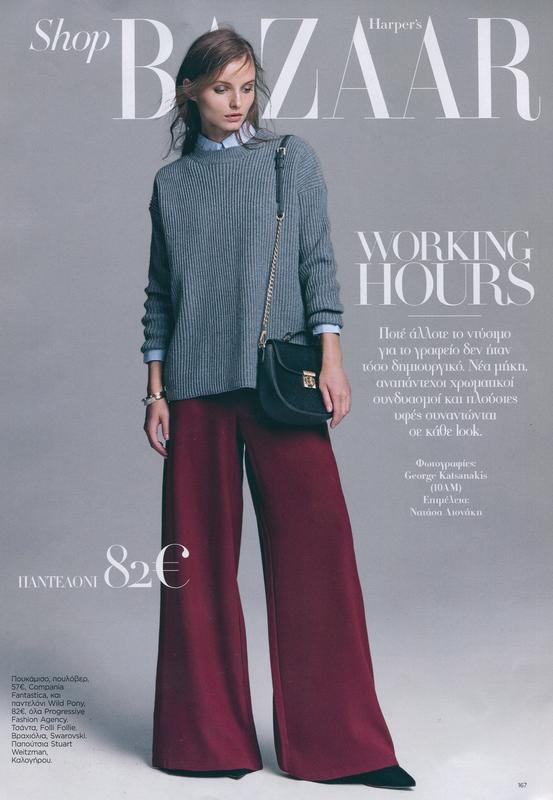 So you would say that having experience makes the models more professional?

“Yes, so say that if a model comes to us to work here, she might be 22 years old. She already has years of experience and has worked with so many different clients in different markets. So, I think that when clients come to us they want real models and somebody professional. And I will say that attitude means so much to us. The girls that work with us, we are like a small group. We are really close to each other. So a good personality, and to be easy to deal with. We want good vibes, we don’t want somebody who is causing drama, causing problems. So, I would say that the girls who are with us are very happy girls who want to work. They are not coming here for nightlife and the beach…and maybe they like that too, but they are not here for that. They are working models.”

Do you see an advantage to working with a small roster, rather than a lot of models at once? Quality vs Quantity, so to speak.

“Yes I do, I think for the [models] themselves, it’s a really big advantage to be with a small agency. Where the agency does care about you, and wouldn’t take you on if they didn’t believe that they have work for you. From an agency perspective maybe its good to have a lot of girls and the client can pick and choose who works and who doesn’t. For the models it’s good to know that we actually do care. I would rather be with a small group of [models] that I really believe in, who are really working. Rather than someone who works once in a while.

We still want to expand a little bit, but like everybody we take on has to add something to the group. I don’t need somebody that is competing with someone we already have, right. They have to add something new. We are looking for certain profiles we don’t have, but I know exactly what we don’t have that we need.” 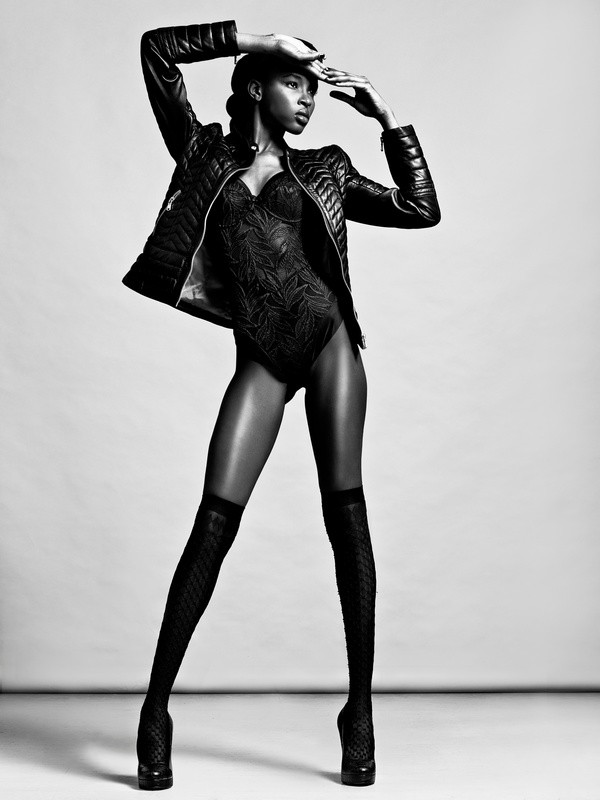 Where do you hope to see Bounty Models in another 5 years?

We always tend to ask Agents for advice they may have for aspiring models coming up in the industry, but what advice might you have for an Agent wanting to branch out on their own and start their own Agency?

“To learn from the ones that know better than you. Learn from someone who knows, rather than to just go and think that you know stuff. I have several people I ask when there is something I don’t know, right. I think that’s absolutely the best way, to learn from the people who you can learn from. I don’t recommend trial and error. Of course there is always a little bit of that too, but you can spend a lot of time doing things wrong rather than doing it right by learning from someone. 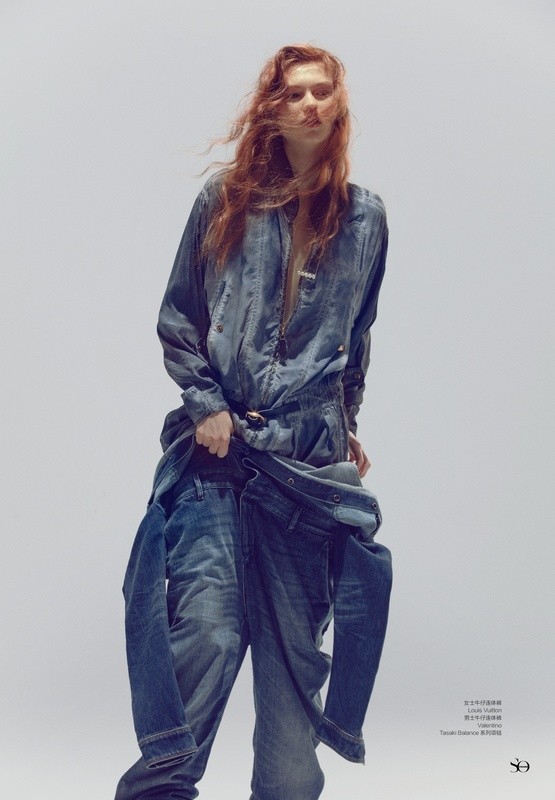 Bounty has been with Syngency since the beginning. Going on 5 years now, and we couldn’t be more thankful for this relationship. What initially attracted you to use Syngency at the time? What stood out the most?

“By the time I became involved, we were already using Syngency. But, there was no question that we wouldn’t continue to use the service. I for sure made the decision to continue to use Syngency.

I cannot almost think about how I would run this kind of business without [Syngency]. For us, we have it all there. We can see the calendar, we see who is working, the billing… It’s very easy to send out Packages, and the layout looks very nice. The fact that it is connected to [our] website…and our website looks great… I’m very happy about the layout of [our] website. It keeps us organized if WE are organized.” (laughs)

As we’ve continued to grow and implement new features, what are some of your favorite features to use in the Syngency platform and why?

“I like to look at the Billing. I also think it depends on your position in the company also, right. For somebody it’s Packages, the Client List..Contact List. For me, it’s about making sure the books look nice and updating that part. And now I’m finally learning how to do Statements in Syngency and it’s great that you can do it without a separate [program] outside of Syngency. Invoicing and Billing.” 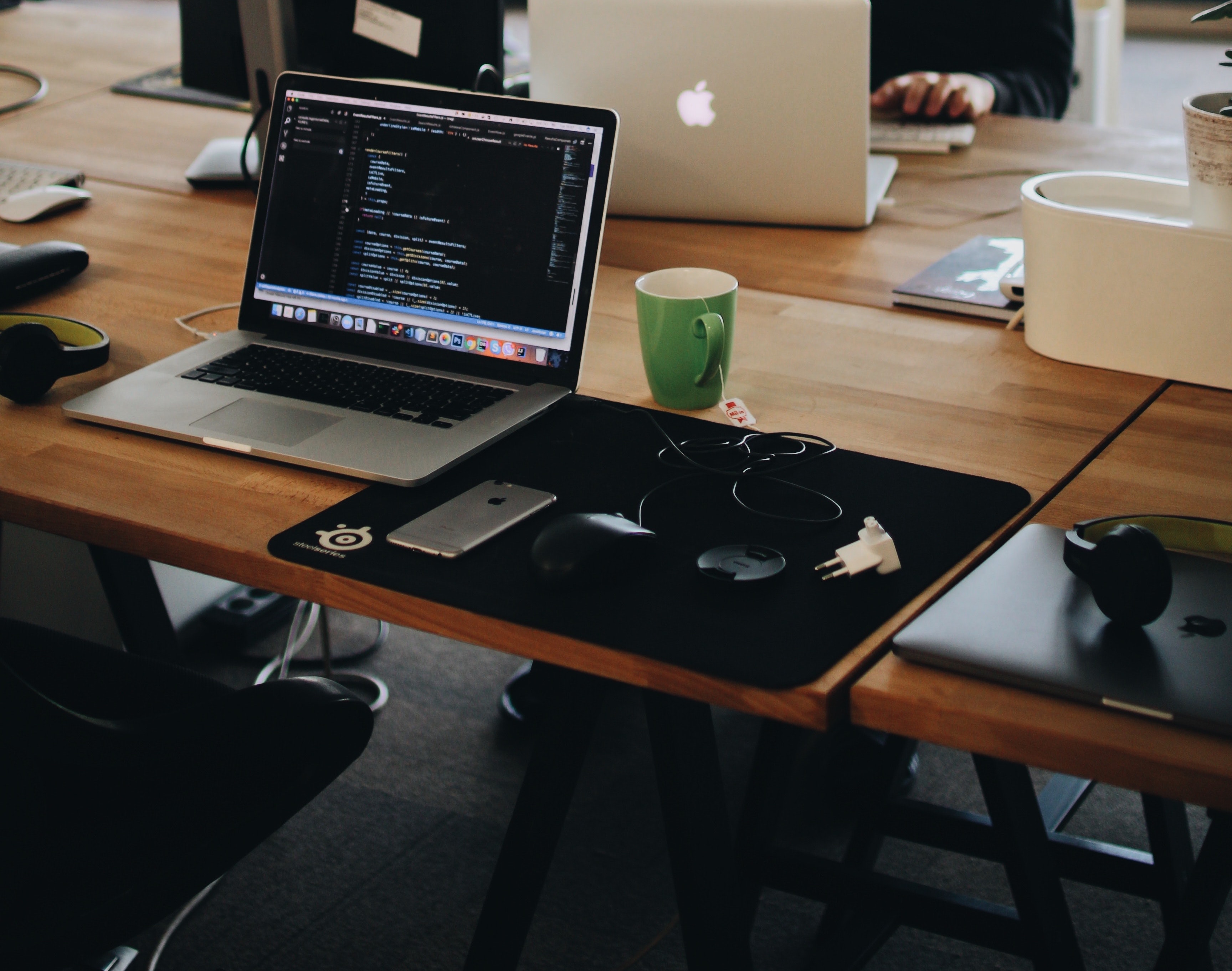 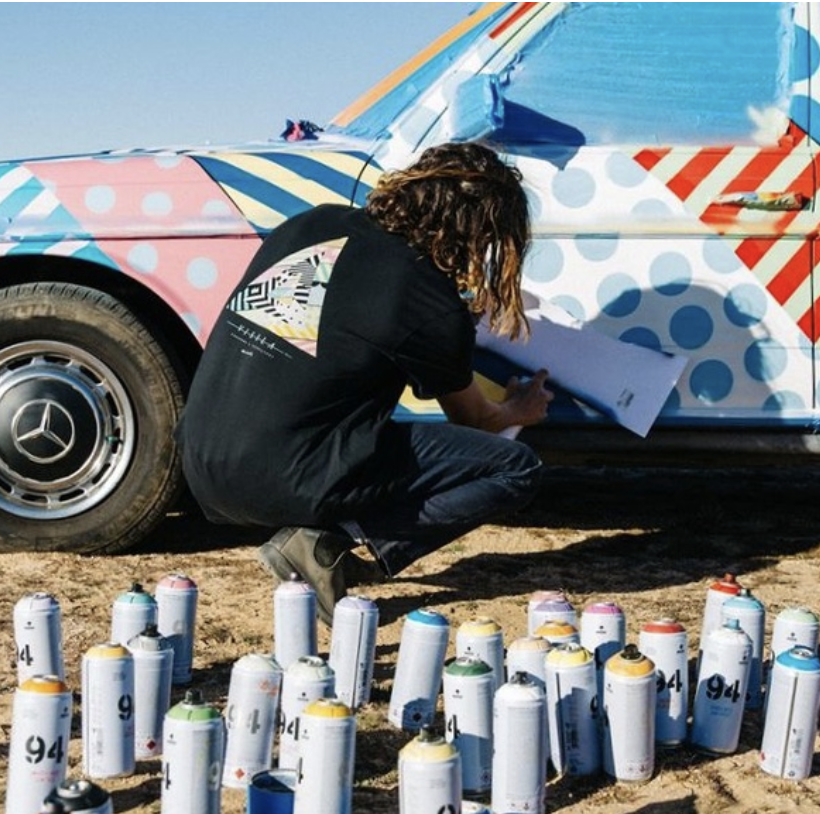